Former President of the Czech Republic

“I appreciate the role that PIN plays in humanizing living conditions in volatile regions of this world.  They are constantly present wherever their help is needed and arrive among the first every time. The idea of human solidarity, which takes on its true meaning through organizations like PIN, will grow in importance because no state is able to substitute for the critical role of civil society and its activities.“

A woman from the village of Second Mekele, Ethiopia

”We save time - fetching water takes me half an hour at most. We do not have health problems, and the children are able to attend school again,” this is how Ms Mohammed describes the advantages of water borehole drilled in her village by People in Need.

”I have to mention the People in Need Organization. These people could live a very comfortable and safe life in Prague. Instead, they are helping those most in need around the globe. And maybe, they do so best in the world. It is a small organization, no bureaucratic/administrative expenses, only straightforward and efficient humanitarian aid. They are the true heroes of today. I respect them a lot.”

A client of PIN’s health-care programme in Cambodia

”I went to have a look at the nearby LeayBo health-care centre where women from my neighbourhood go to give birth. There was a very nice assistant who understood all and explained everything to me. I really felt safe there; it was a clean and light place. And my husband could also be there with me. In the end, I gave birth to my daughter there,” says Mrs Ty Pheak as she shares her experience from the health centre promoted by People in Need.

42nd President of the United States

On behalf of the United States and European Union I would like to appreciate your courage and commitment to spread the basic principles of democracy and civil society... You are an inspiration for all of us.

“The supporters of People in Need are persuaded that a strong and vital civil society is a significant part of any democracy – partially because of the fact that it represents the best antidote for those who want to rule only by power and fear.”

A beneficiary of PIN’s development aid in Afghanistan

“I would have never believed that I would be capable of this – grow my own vegetables on a strip of land that I had always considered to be barren, and even make some extra money!  I am indeed grateful that you showed me how to do it. I also thank donors from the Czech Republic who helped me get everything necessary for the first sowing. Now I am not afraid any more that my family will go hungry,” says Mrs Be Be Kahl, who comes from the village of Mirza-e Kalan. 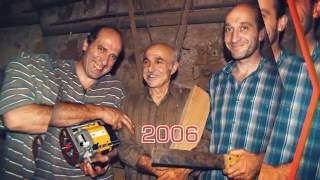