The Philippines is one of the world’s most disaster prone countries in the world, with significant risk to typhoons, floods, landslides, earthquakes and volcanic eruptions. On 8 November 2013, Typhoon Haiyan, one of the strongest storms ever to strike land, hit one of the poorest region in the Philippines. The scale of the destruction caused when the Typhoon struck the Philippines was staggering.

Although the Philippines made substantial economic progress and it is rapidly urbanizing, one-fifth of the population still lives in severe poverty mainly in the rural areas. Typhoon Haiyan’s widespread destruction across one of the country’s poorest provinces, Eastern Samar, only exacerbated the pre-Haiyan chronic poverty and vulnerability levels. So for many who survived typhoon Haiyan‘s brutal winds and deadly storm surge, their struggle still continues two years later. While a large-scale emergency and early recovery response from the international community addressed the short-term income gap, a critical opportunity exists to ensure that these communities have a chance not only to rebuild their lives but to strengthen their resilience – to future disasters as well as to poverty. To seize this opportunity, PIN continues working in Eastern Samar with a long-term reconstruction and development programmes in the sectors of livelihoods & market development, agriculture, land issues and civil society development.

The Philippines also suffers from number of political and social conflicts which many of them result from inequitable access to resources. Land disputes, forced evictions, monopolistic land ownership and poor governance all constitute a major obstacle to inclusive development. PIN in close cooperation with national partners supports civil society groups active in defending land rights and addresses this issue at the national level through advocacy campaigns, discussions with policymakers and awareness raising. 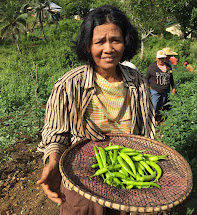 Typhoon Haiyan took away her home and..

A Typhoon ravaged the Philippines a year..

Schools in Philippines year before and now

Public works in the Philippines

Typhoon Haiyan took away her home and..

A Typhoon ravaged the Philippines a year..

Three months after the typhoon we already..

Guiuan - the town washed away by the wave

2,5 million of people in Philippines need..

We are expanding the Philippines relief team

Schools in Philippines year before and now

Public works in the Philippines

Building schools in the Philippines

People in Need helping the Philippines

Guiuan - the town washed away by the wave