Active citizens are the foundation of a democratic society, therefore they pose such a great threat to repressive regimes. People with their own opinions that act independently of the state power and respond to what is going on around them tend to be bullied, silenced, imprisoned and in extreme cases, even physically eliminated by such regimes.

The primary goal of People in Need's Centre for Human Rights and Democracy is to support these people and groups whether their lives are endangered by authoritarian regimes or they need aid and support in developing and strengthening civil society in the countries that are going through democratic transformation.

People in Need (PIN) works in several hard case countries still suffering under dictatorships or where the transition to democracy shares certain aspects that are similar to the Czech experience. PIN is currently running programmes with its partners in Eastern Europe - Armenia, Azerbaijan, Moldova (Transnistria), Russia, Ukraine and Central Asia.

In 2015, the East European Programme organized various activities aimed at drawing attention to human rights violations around the world and obtaining broader public and political support for protecting these rights.

Here are some examples:

Stories Without Endings: This exhibition about unpunished violence in the North Caucasus uses a comic strip format to present the stories of 12 people who became victims of the arbitrary whims of the authorities. www.bezkonce.com/en. It has been already shown in 5 European capitals.

Doubling Down on Repression: A campaign about the increasing political repression in Azerbaijan that includes public events, an exhibition called: “Doubling Down on Repression: Stories from Azerbaijan’s Political Prisoners” and advocacy meetings on an international level. The exhibition has been already shown in several European cities (Geneva, Strasbourg, Warsaw and Prague)

We Don’t Want Karimov in Prague: We sent an open letter supported by 30 organisations to the Czech President Miloš Zeman requesting him to cancel the planned Prague visit of Uzbek President Islam Karimov, one of the harshest dictators in the world. Karimov ended up cancelling his visit. (Photo: Association for Human Rights in Central Asia)

One World Film Festival in Brussels: This Czech documentary film festival is an annual event in the EU capital. We screen human rights documentary films while also bringing guests and speakers from countries with repressive regimes.

#LETMYPEOPLEGO : This exhibition was devoted to the Ukrainian hostages taken by the Russian regime since the start of the war in the spring of 2014. 12 Ukrainians are still imprisoned and subjected to physical and psychological torture. One of them was freed, among others thanks to People In Need’s help.

Sport for Rights Campaign: As part of the ‘Sport for Rights’ coalition, we staged a happening in downtown Prague in June on the occasion of the inauguration of the European Games in Baku to denounce the constant human rights violations in Azerbaijan. 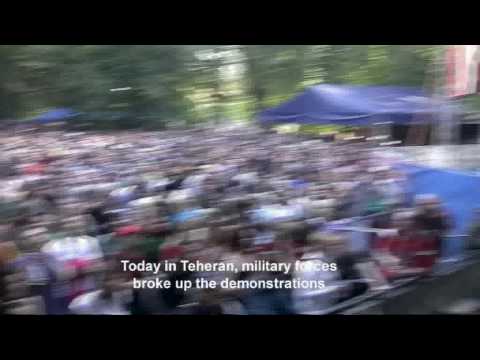