Volunteering in a retirement home as well as in South Sudan: Martina Voháňková’s journey to meaningful work

Volunteering in a retirement home as well as in South Sudan: Martina Voháňková’s journey to meaningful work

Each year on December 5th, we honour the International Volunteer Day. We are glad to introduce to you the 26-year old Martina Voháňková from Havlíčkův Brod, who, through volunteering in a retirement home and later in Morocco, India, and Cambodia, worked her way up to the job of PIN project manager in Iraq. Simultaneously, People in Need also celebrates its recent integration into the EU Aid Volunteers initiative.

When and where have you started with volunteering?

I volunteered for the first time in a retirement home when I was 16-years old. Once every two weeks I used to visit persons whose families did not have the time to visit them very often. This experience made me dedicate my professional life to social work and humanitarian aid sectors.

In which organization have you served as a volunteer? What were your tasks and responsibilities?

I have joined various volunteering programmes since I volunteered in a retirement home as a high school student. For instance, I worked in Morocco, helping to facilitate camps for poor children and orphans; I volunteered in local non-governmental organizations in India or worked on an educational project in northern Uganda. During my University studies in Olomouc, I served as a Global Development Education lecturer, being a part of an Olomouc Archdiocese’s’ volunteering group. I also taught Czech to immigrants who lived there.

Are there any differences between volunteering in the Czech Republic and abroad?

For me, definitively yes. Everybody can volunteer in the Czech Republic in their leisure time; volunteering becomes a meaningful hobby of sorts. On the other hand, long-term volunteering abroad for me constituted not only a fulfilling activity but also a way of dedicating myself to the humanitarian sector as a professional. In this case, the mere enthusiasm of being a volunteer is not enough. One needs to learn a lot of things and acquire a broad spectrum of skills – from writing project proposals, through team management and technical expertise, to financial management and logistics. I think that the main objective of the majority of people who volunteer abroad is to gain experiences necessary for future employment in the sector. However, there are also exceptions.

How have you heard about the volunteering programme in People in Need?

My last year at the University, I decided to extend my studies by one year and gain as many experiences as possible. I spent a couple of months working for the international organization Plan International in Helsinki. Then I found per chance a volunteering position in Cambodia posted on the People in Need website. I got lucky and after two months I headed off to Cambodia for 6 months. I worked there on a project that was financed by the European Union and that supports country veterinarians and local farmers’ livestock production. 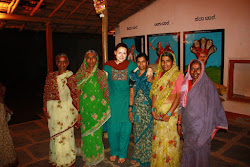 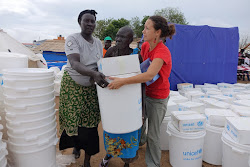 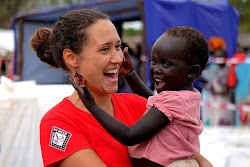 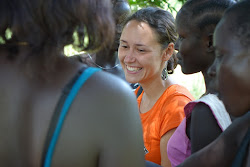 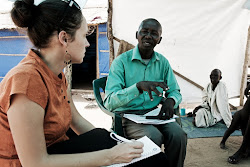 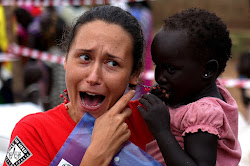 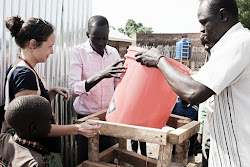 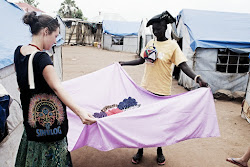 What did you expect from volunteering in Cambodia?

I expected to have the opportunity to work independently and to have a greater responsibility, which is, in my opinion, the best way to learn fast. My expectations were fulfilled. I was responsible for our 5 local partners, making sure that they collect good quality data for monitoring our project, and for supporting them through building their capacities.

We also know that later you were deployed with People in Need in South Sudan. What were the conditions under which you were leaving?

I was deployed to South Sudan through the PIN Volunteer initiative, filling an Assistant position to the Country Director and also a Project Support Officer for the internally displaced people humanitarian project in the capital Juba. My travel expenses were covered along with accommodation, and social and health insurance; I was also receiving a monthly stipend that sufficiently covered my expenses. I left for three months, but in the end I stayed for one year.

Did your volunteering experience in South Sudan fulfil your expectation or did it surprise you in any way?

South Sudan is a country that I was very much interested in since 2012 and since my time in Uganda. I was excited about the possibility to gain a professional experience there. I expected it to be a great opportunity for my growth, and that it would be an intensive experience.  Every success at work was redeemed by solving a series of problems related to logistics, security and local bureaucracy. But overcoming difficulties pushes a person forward, professionally and personally. Managing camps for internally displaced people, in collaboration with other partners and local government, was a great experience.

What suits you the most on being a volunteer? Some people argue that they cannot become volunteers because they need to earn money. How did you have it with finances?

Being a volunteer in the Czech Republic is not financially demanding; it is enough to find the time. I studied in Olomouc for five years, where the absolute majority of my friends and classmates served as volunteers during their studies. Additionally, many of them did have a job on top of that. We used to meet up after lectures and often stayed late, coming up with various educational workshops and planning events that would increase people’s awareness of the problems related to humanitarian aid and development assistance.

If, however, one goes abroad, it is necessary to allow for certain expenses. Most of the time, I stayed in rural areas where the costs of living were minimal, and where, in fact, there was nothing to spend the money on. If one receives at least a partial financial support from an organization (e.g. flight tickets covered, insurance and accommodation), the expenses are similar to the monthly living expenses of a student in the Czech Republic.

I was raising the funds like any other student. I worked abroad several times during the summers, and I received several scholarships. I also spoke to various businesses that later directly supported me financially or that provided me with free travel insurance.

I believe that the benefits of being a volunteer are significant, and every organization should recognize it. A volunteer should not be merely considered as cheap labour.

Would you recommend volunteering to other people?

Absolutely. It is a way of finding fulfilment. It also represents a journey of expressing human values and principles in which one believes.

Can you think of any disadvantages that come with volunteering?

I spent a few years as a volunteer and can only think of advantages.

Where do you work now and are you there as a volunteer again?

Right now I work as a Programme Manager in Iraqi Kurdistan. I am responsible for the education project in regions that were liberated from the self-proclaimed Islamic State. Along with the team of local employees, we promote the quality and access to education in ten schools and provide psycho-social support to children affected by the conflict. At the moment, we are also launching a humanitarian project with two other partners. The project should help 9 000 households of internally displaced people, who primarily reside in unfinished buildings, to survive winter

Did you know that volunteers worldwide have their own day? Will you be celebrating it?

I know that it exists but I only found out when it is celebrated thanks to this interview. I will celebrate the International Volunteer Day by working and being grateful that right now I can fully dedicate myself to my work thanks to previous volunteering experiences. 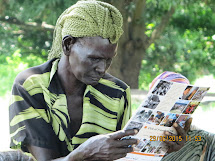