Syrian refugees in Europe constitute only 4% of all Syrians fleeing the conflict. More than 12 million people inside Syria need help

Aleppo (18 September 2015) – It is the fifth year of war in Syria. Heavy fighting, bombed out homes, collapsing agriculture, lack of jobs, high food prices, healthcare and school systems in ruins, heavily damaged infrastructure and only sporadically functioning water and electricity have forced 4,086,760 Syrians to flee to neighbouring countries. Since war began in 2011, Europe has seen 428,735 Syrians seek asylum within its borders. The real tragedy, though, is still happening inside Syria. More than 7.6 million people, which is every third Syrian, are refugees in their own country and 12.2 million people inside Syria urgently need humanitarian aid.

There are a million homes that have been severely damaged in Syria, 5,000 destroyed schools and two million people have lost their jobs. Since 2012, People in Need has directly helped 1.6 million people, and every month the organization provides help for as many as 170,000 people inside Syria.

War now affects the lives of every Syrian. “We get drinking water from the tap only once in two weeks, otherwise people take water from wells. But they are often destroyed, so people fall ill. The electricity often doesn’t run all say long and when it does, it’s for no more than two hours per day,” says 27-year-old Bakri Azzin about life in Aleppo today. War has come to his hometown, which used to be the financial metropolis of Syrian with a two-million strong population. It is now divided into an eastern part that is controlled by the opposition and western districts that are under the control of government forces. The shelling, which the schools supported by People in Need are no strangers to, are a daily reality, just as are the barrel bombs, which the government helicopters drop on civilian districts controlled by the opposition.

Because of the war, daily life seems more and more like a battle for surviva;. “You can get food, but because of the rising fuel prices and the dropping exchange rate of the Syrian Pound it is, on average, three times more expensive than it was before the war,” explains Bakri Azzin. People can afford to buy less and less of it, because they do not have jobs. “Before the war, there were two industrial complexes in Aleppo. Now, the factories and big companies there are no longer functioning, they’ve let go of all of their workers, because it is impossible to continue production with constant power outages,” says Bakri.

Many friends are in Europe, they had lost hope

Bakri says that people are willing to do any job they can get, just to survive. “They usually work for entrepreneurs who still have their small businesses as wage labourers, as equipment loaders or as, for example, garbage men working for the local self-government.” Bakri also explains that teachers, for example, do not get paid, and sometimes volunteers come in to teach. There are only a fraction of the hospitals still open in the city, and they are often the targets of shelling.

Bakri studied in Aleppo to become a telecommunications engineer. But then the war started, and his student days were over. He recently founded a small organization that helps people in need. With the help of Western organisations, he offers food aid for people in dire need, but also tries to do small reconstructions of the infrastructure. “A lot of my friends are already in Europe. In most cases, after years of war they have simply lost the hope that it will ever get better in Syria, so they went to Turkey. But there, they couldn’t work legally, they couldn’t make money, so their frustration on built up, so they moved on,” Bakri tells us, adding that once in a while he and everyone he knows who remain in Syria feel completely helpless and loose hope. “This is my country, I want to stay here. Who will live here if everyone flees?” deplores Bakri, when he is asked if he has ever considered leaving. (You can learn more about life in Aleppo in the film Death of Aleppo)

Just this year, one million people left their homes inside Syria

But the resolution of the conflict does not seem to be in sight and the situation inside the country is worsening by the day. “Syrians now make up the majority of refugees heading for Europe. Yet hundreds of thousands of Syrian asylum seekers in Europe is still less than four per cent of all the people escaping from war either inside the country or beyond its borders,” says Šimon Pánek, the director of People in Need. “The situation inside Syria is really grave. Unlike refugees, the people inside the country have no legal protection and are still living in wartime. Because of the escalation in fighting, a million people have had to leave their homes in Syria so far this year and the UN estimates that before the end of the year there will be another million Syrians without a home,” adds Pánek. “We should not forget about the people living inside Syria, because the war is not over and it still endangers hundreds of thousands of people and drives them out of their own country,” he emphasises.

Many people have had to relocate inside the country twice or three times. According to a report from the UN High Commissioner for Refugees (UNHCR) only this March 230,000 people escaped from a military offensive on the city of Idlib, 11,000 Syrians escaped from Palmyra, which was overrun by the so-called Islamic State (ISIL), also in March 50,000 people had to leave the city of Daraa to escape the fighting, and thousands of people are fleeing hostilities in the Al-Hasakah province. At the same time, more than 4.8 million people live in hard-to-reach areas and around 420,000 people are directly under siege, usually by ISIL fighters. 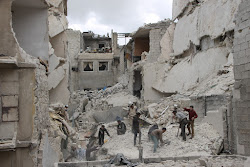 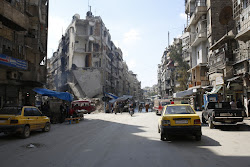 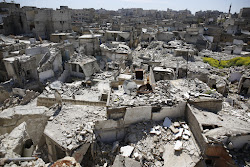 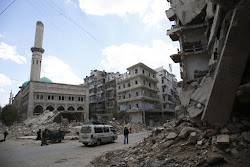 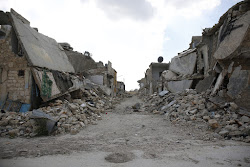 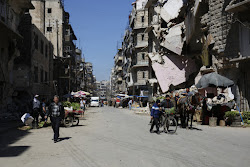 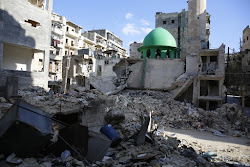 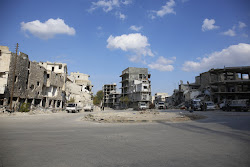 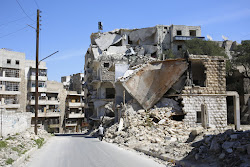 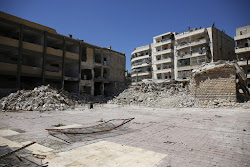 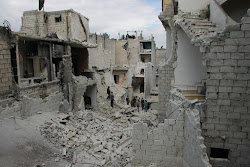 A million homes destroyed and two million people without jobs

The war has indiscriminately disrupted every part of life. Two million people have lost their jobs in Syria and according to the UN the unemployment rate is 54%, one million homes have been damaged, of which 400,000 have been levelled to the ground.  The coordinator of the Syrian programs at People in Need, Naďa Aliová says: “People then usually look for refuge with host families, in public buildings like schools, mosques, hospitals or in unfinished buildings. Places with no water, electricity or basic sanitary facilities, are where women, children or old people usually remain, and they often have psychological traumas too.” There are 5,000 destroyed schools in the country, according the World Health Organization 57% of Syrian hospitals are not functional.

People in Need has been working in the country since 2012. In that time, it has helped 1.6 million Syrians and provided indirect aid to another 1.2 million. Currently, it helps on average 170,000 people a month, primarily by providing food aid, access to clean drinking water or education. Hundreds of people have been able to make extra money by participating in public works, 2,000 farmers received seeds, fertilisers and tools to till the land and thousands of people will receive material aid before wintertime, such as blankets, matrasses or clothing.

“We help those who stayed so that they can live with dignity in a country ravaged by war. Unfortunately, the only thing we can do is lessen their suffering. We also help children of Syrian refugees in Turkey with education, since the neighbouring countries where the majority of the refugees are, have almost reached the limit of their capabilities,” says the head of the humanitarian programs at People in Need, Marek Štys. The Czech public has also valued the work of People in Need. “From the beginning of September, meaning just a couple of weeks, 1,450,000 Czech crowns have been donated to the special SOS Syria & Iraq fundraising account, which we appreciate greatly and are very grateful for. It will allow us to keep working in the midst of the biggest humanitarian crisis of our times,” adds Marek Štys.

At the same time, People in Need will release 1.7 million crowns from the humanitarian fund of the People in Need Club of Friends for immediate help for refugees who are traveling through Macedonia and Serbia to the EU. Two Macedonian and one Serbian partner NGO provides water and food for the neediest of the refugees, but most importantly they provide psychosocial and legal assistance as well as information about the risks of, for example, getting involved with people trafficking gangs. They focus primarily on protecting women and children. (Read more about aid in Macedonia and Serbia here)

Help provided by People in Need in Syria:

Since 2012, People in Need has distributed aid worth 420 million crowns to the victims of the conflict in Syria. With offices in Aleppo and Idlib, 140 local and 10 foreign employees, who coordinate the whole operation from southern Turkey, it is one of the most significant aid providers in the country. The Czech public has donated more than 11 million crowns to help Syria through the SOS Syria drive, 2.6 million crowns through the Real Gift programme, and another 5.8 million were released from the humanitarian fund of the People in Need Club of Friends. The help has also been possible thanks to the support of the Czech government, the British and Swiss governments, the European Union, the German government via a German partner organization Welthungerhilfe from the Alliance2015 platform, the World Food Programme and the Food and Agriculture Organization of the UN.

Read more about People in Need’s work in Syria 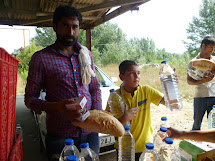