Now I know how to grow crops to ensure more food for my 8 children, says Byenda from DR Congo

Now I know how to grow crops to ensure more food for my 8 children, says Byenda from DR Congo

Byenda Bitingwe (36) is living with her husband and eight children in the village of Bwisha, in Eastern Democratic Republic of Congo. Some children in the village, hidden among the hills rising out of the Kivu lake, are suffering from malnutrition. This is also the case with one of Byenda’s children. "We went with him to the health centre and now we are receiving special treatment," says Byenda Bitingwe, as well as adding, that they are looking for some more sustainable solutions.

"We have just one field and it does not produce enough food for the whole family. We are looking for another place to make next field, but it is not easy, because you must give part of the harvest to the owner," says Byenda and describes that usually they are growing cassava, maize, and beans. Her husband has no work; therefore, agriculture is the only source of living for the entire family.

We are sitting on the edge of her small field, looking at the view on the surface of the lake. The whole village of Bwisha is saddened by the funeral of several villagers who drowned as their boat sank a few days ago, yet Byenda has reason to be optimistic.

A few months earlier the community committee selected her to join the People in Need project, which focuses on improving nutrition in the area through new agricultural techniques that are shown on demonstration fields.

"We had three criteria to participate in the project. Beneficiaries must have small field, and two or more children under five in the family or at least one children suffering from malnutrition," explains  Augustin Nyandwi, People in Need’s Community Mobilizer. On the first meeting Byenda realizes, that of the thirty-four selected families from Bwisha many of their friends and neighbours are also among beneficiaries.

Demonstration field for 12 friends and neighbours

Byenda decided to use part of her own field to serve as a demonstration plot for thirteen of the participating members, while the demonstration field for the remaining twenty-one members was on the other side of the village. "My motivation to join this project is to receive seeds, learn new agricultural techniques and mainly to have more food for the family," Byenda explains.

Byenda received five trainings as well as the seeds of maize and beans. "The seeds are not new for me, I already grow cassava, maize and beans before. But what is new for me, is the technique. I learn how to separate different crops into different lines. Hopefully we will have more production but it is my first experience and I will see after the season," Byenda says, while looking at the already cultivated field, and preparing for next week’s planting.

She will know the outcome of the planting in June, during harvest. By then, she and the other twelve members of the People in Need project will try new techniques on demonstration field’s, under the supervision of the People in Need team and will then replicate it ontheir own fields. "The harvest of my own field I will store at home and we will eat it. What we will grow on the demonstration field we will divide among 13 members and every family can use their part of seeds to plant in the beginning of next season," Byenda says as an outline of her future plans, she thanks People in Need for their valuable support.

The demonstration field is just one activity of the pilot project funded by People in Need Club of Friends and Real Aid. This project was developed to tackle food and nutrition insecurity through an integrated approach of combining the Community-based Management of Acute Malnutrition (including prevention and treatment of malnutrition), and agriculture-related interventions like kitchen gardening,  intercropping, and Integrated Pests Management and Guinea pigs raising.

The aim is to contribute to the reduction of malnutrition in children under 5 and women of childbearing age (15-49) in the Minova Health Zone. This will be achieved through improvement in dietary diversity, decreasing of food insecurity; and improving the hygiene and nutritional practices in the most vulnerable households. 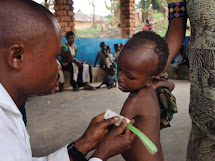 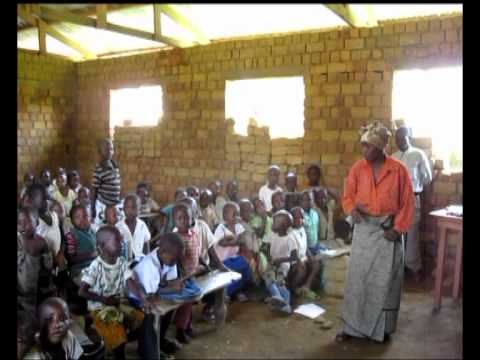 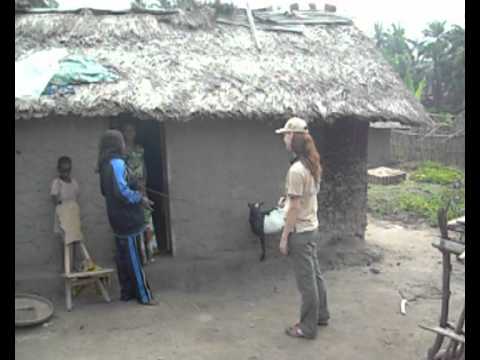 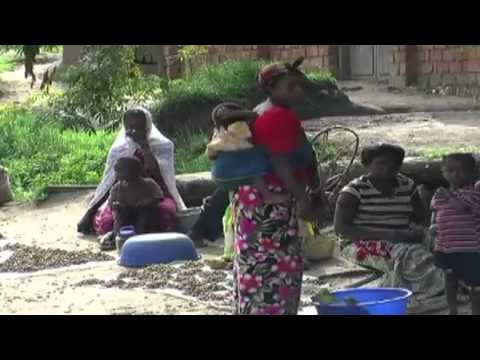 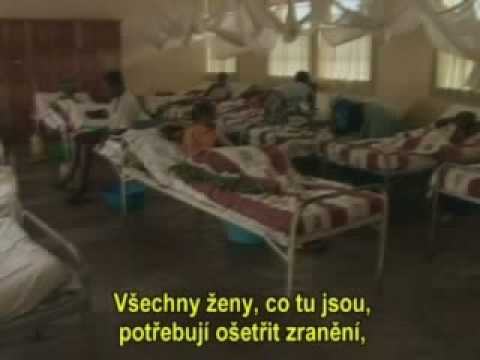