Rwanda sets the trend of the traditionally Patriarchal continent in improving the status of the repressed half of the population.

“Rwanda is not a country with the largest amount of women in parliament, but a country where it has the fewest men,” a reader of an internet discussion angrily remarked in one of the articles of the Rwandan daily New Times, which reported about the fact that after the votes last year in September, the mid-African state has 64.5 percent women elected as lawmakers. As is evident, many men do not like seeing their state as a world leader in the field of gender equality. What can they do, when this half of the nation is forced forward by the powerful head of the republic, president Paul Kagame. Sweden, which according to the number of female parliamentarians is second globally, has only 45.8% women in parliament according to the organisation Quota Project, or 18.7% less than Rwanda.

The autocrat is content in the position of the feminist. According to critics of this ascetic tyrant, this is only due to the fact that the number of female members of parliament is an easily reached metric. One of which, according to which international organisations appraise te progress of a country, of which the president is especially proud. “Ordinary female Rwandians are not helped by a large number of women in power. One of the first things that the parliament that was controlled by them passes, was limiting the maternal break. They are only Kagame’s toys,” says one development worker, who does not want to be named.

But the same can be said about the legislators in the pants (=male legislators). The elected president is something like an absolutist king for Rwandans, and they do not really understand his role in Parliament. For example, Marie Aimée Umugeni, President of the Womens Centre in Kigali Nyamirambo district, innocently shrugs about the shortened of maternity leave, which is more of an imaginary term in Rwanda, “Well, probably people from the government told them that it needed to be shortened.”

“I see the promotion of women to senior posts as a positive. It is clear that they have no power right now, but Kagame will not reign forever. But citizens would already be on senior female politicians accustomed more than other neighboring countries,” says Oxford student Claire Smith, who writes a university thesis on the status of the female inhabitants of East African States.

One third of the posts belong to ladies also in the cabinet. The most significant is the Minister of Foreign affairs, Louise Mushikiwab, who repeats that women in the parliament are not only Kagame’s luminous shop window to the world. She points out that for the last two decades, women were able to achieved such posts as President of the Constitutional Court, Ombudsman, Police president. Governor or head of the prison is not unusual female position too.

When in 1994 Kagamemu with his army managed to stop the genocide committed by the majority Hutus with machetes on minority Tutsis, the Republic was almost without men. Either they were victims of the massacre, or as offenders after lost war fled beyond the borders afraid of revenge. Women out balanced in a ratio of 7:3 so their larger role in society was a necessity. They have even started activities which have been reserved for their husbands for centuries: for example building roofs or even drumming.

Kagame worked with gender issues from the beginning. For example, he abolished the archaic rule that prohibited women from owning land and equalized women in inheritance proceedings. Because of him, the term of domestic violence has place in Penal Code - by severe punishment is threatened also witnesses that did not report the crime. Availability of contraception increased too.

An important change was enforced by female Rwandans themselves. Crimes of genocide were divided to four categories according to severity. Rape, which was used against Tutsi women as a weapon, remained at the least serious level group, same as looting. Offenders were threatened only by a community service. Women's organizations have been pressing for a change for a long time, and finally sexual violence was moved among the worst deeds.

Symbolic change also happened in Kigali, where a statue of a woman who wears a container with water and a child with a scarf on her back, stood on a circular crossroads. For feminists, this was too much stereotyping and thus they reached its replacement with sculpture of a mother who leads her child's hand and there is nothing heavy on her head anymore.

Even in the harshest dictatorships, between which the current Rwanda certainly belongs to, it is not possible to enforce changes the way that society would accepted it immediately.

Thanks to Kagame’s social engineering, which is repeatedly used as a propaganda weapon with his negotiations with donor countries of the West, but over time it can hopefully be managed. 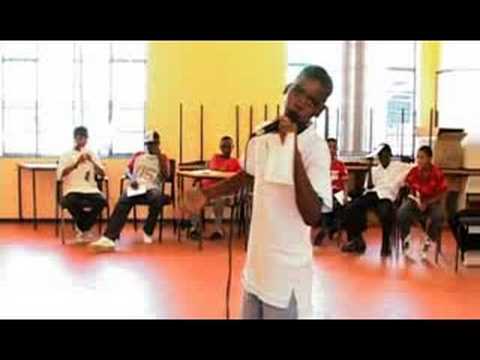