At the age of 77, Mariano Mateus celebrates what promises to be a significant transformation in his life. His is a father of seven children and all of them work in farming. But the household agricultural production is about to change due to a new component implemented in the activity: bovine reintroduction.

The cattle distribution is part of an action carried out by People in Need with beneficiaries of its beneficiary villages located around the city of Kuito, in the Bié province of Angola. The expectation is that more than three hundred animals will be distributed  up until 2018, when the project funded by Fundo Soberano de Angola in partnership with African Innovation Foundation, will end.

The animals have become a component of the project because the initial study pointed out a very small presence of bovines in the province, comparing to Huambo, where the project is also being implemented. In Huambo, there is one cow/ox for every 1.6 people, while in Bié it is one for every 21.4 people.

The bovines improve the way the peasants plough their land, augmenting their productivity and total agricultural production. Furthermore, the bovines are the first step in order to improve the management of the fertility of the soil, because the dung will be used for the production of organic fertilizer. Sustainability will be assured by the higher number of female cattle, that will be used for reproduction, forming the basis for an increase in livestock locally, which will benefit more peasants.

Trip to the village

Until now, 51 animals (16 bulls and 35 cows) were reintroduced by People in Need during the first two rounds of the activity in November 2016 and April 2017 in 4 villages in Bié. After every distribution, a ceremony has been organized in every village, and the dwellers celebrate with music, dance and a collective meal and afterwards follow an orientation session on animal care.

Beneficiary families will receive weekly guidance from a veterinarian of the local authority during the first two months. However, the responsibility to safeguard the animals’ health is on villagers’ hands, since all residents can use the bulls for ploughing, through a rental system. “There is no feed cost; the animals graze in spaces around the village, and will be used to boost the agricultural production for the whole community” explains Dario Lucantoni, PIN Angola Agriculture Project Manager.

“I will take care of these animals and feed thm, because they will support my production. The bulls have given me a great impulse,” says Mateus.

With the aim of creating a sense of appropriation among beneficiaries they had to pay 35% of the animal cost to receive it.  The money will be used to buy seeds that will be distributed to other beneficiaries of the project.

Mateus himself was one of those that received seeds from PIN. “At first I cultivated only corn, bean and manioc. Now, thanks to People in Need, I also sow peanut, bambara-beans, soybeans, cabbage, potatoes and sweet-potatoes and other vegetables. We have sowed and reaped and this has helped us a lot. We have consumed part of the production and sold the other part,” he says.

The beneficiary envisages a bright future for agriculture production in Angola, with People in Need’s support. “We want that the food doesn’t comes from other countries anymore, but from what we cultivate here in our country,” says Mateus.

In order to guarantee that a more diverse production results in an improvement of the nutritional status of the rural population, the initiative also has a nutritional component.

Community health agents are trained in topics such as preparing nutrient-rich food, the importance of breast feeding, and safe hygiene practices in food preservation and preparation. The knowledge is then shared with the local community. Behavioral change campaigns complement the action, with the aim of fostering positive changes related to nutrition. 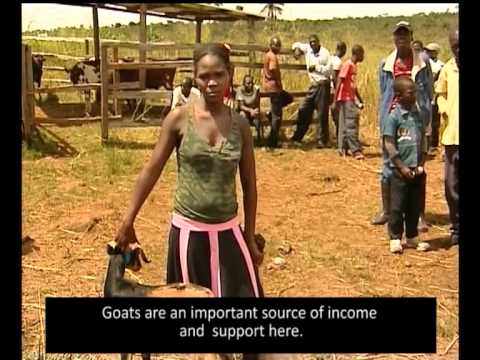